Some of MEF’s members have recently highlighted the very significant challenge they face in automating some types of inter-provider business that relies in some way on validating a geographical location. 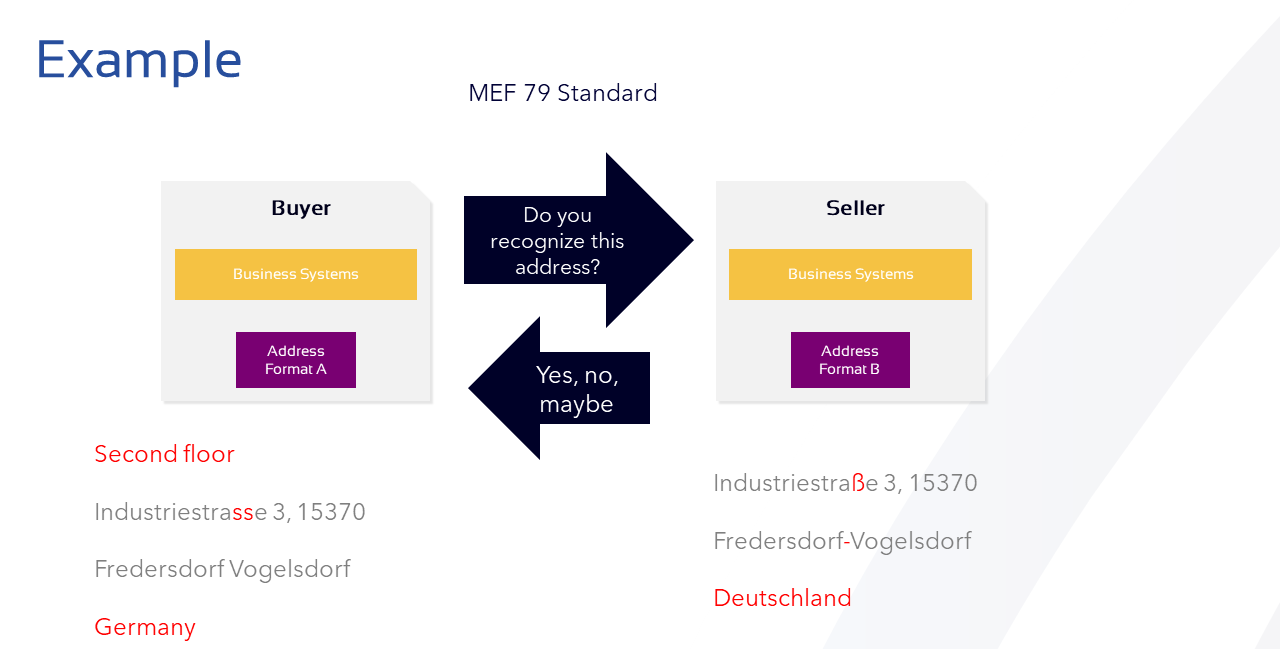 The causes for mismatch include:

There are no standardized approach for recording an address in a Buyer or Seller database. Therefore, choices made often reflect internal needs of the Buyer or Seller which don’t match those of their partners or even other parts of the same organization that have their own address databases.

Addresses may be specified by a customer according to local customs and language which may not be recordable in the database setup of the Buyer.

Typographical error in Address X, Address Y or both. (e.g. Londn instead of London)

Some locations are referenced arbitrarily at junctions (e.g. https://www.geocod.io/guides/intersections/)

Some areas may be identified by locals differently than the ‘official’ name (e.g. Andrew’s Knob is referenced in local maps but not in Google Maps)

Addresses may often include a range of numbers or even fractional numbers rather than a single whole number (e.g. 109-111, 1600 15th Ave, Prince George, BC, Canada; 75½ Bedford St. in New York) There may also be two different numbers for the same building.

A street may be referenced by one or more different names (e.g. https://www.lastwordonnothing.com/2018/08/17/where-the-streets-have-two-names/)

A location may be on a specific floor in a building and/or in a particular room or suite (e.g. in data centers)

Part of a large complex

A location may be in a data center, a shopping mall, a business park, a military base etc. and not referenced correctly.

Information is left out

Key parts of the address may have been excluded for a variety of reasons (e.g. Exeter Airport, Exeter, EX5 2BA, GBR)

There is no address

In many countries, there are villages where there is no recognized address. (e.g. Locals pointing to the “3rd blue door on the left past the alley”)

There are also numerous third party commercial solutions (e.g. Melissa, ESRI etc.) but these often are more effective in certain countries and ineffective in others.

In MEF, there are over 120+ service providers that are buying and selling connectivity services from one another. The business ‘friction’ caused by the high rate of false-negatives (or false-positives) in address validation queries is increasingly a significant cause of slowing down supply chain automation in the telecom industry.

Here is an example of a completely correct address in Mexico City which can easily be misrepresented in different databases by even a small number of errors resulting in unsuccessful address validation queries with standard database lookup approaches:

The streamlining of business automation is very dependent on the initial validation of the service delivery address.

If this problem is not solved, business automation between Buyers and Sellers of 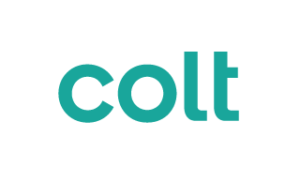 All employees of active MEF-member companies are authorized to access the MEF Member Wiki. Don’t have a login? Register. Not a member? Join MEF. Not sure? Contact Us.

Do you want to be a partner in this project and have your resources listed here? Contact the project leaders here.
Not a member? Join MEF. Not sure? Contact Us.