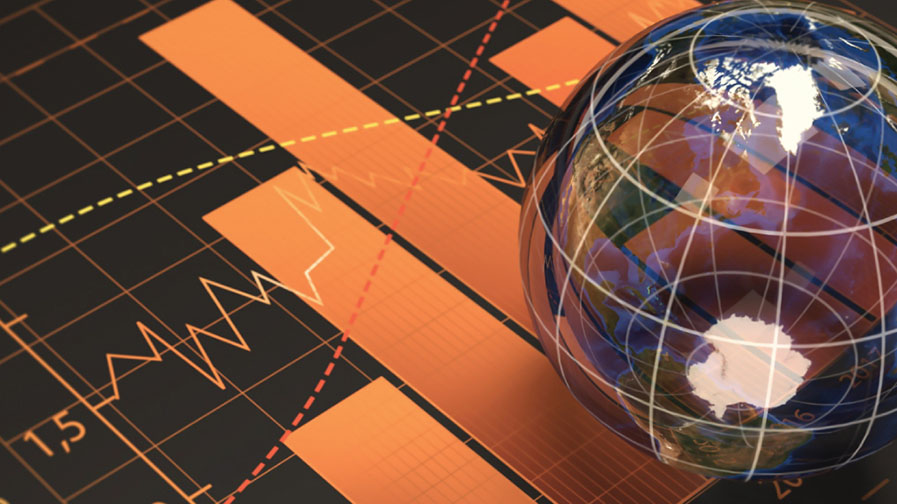 With the service provider market increasingly adopting MEF 3.0 services as part of their digital transformation strategy, there is a corresponding increase in the availability of orchestrated connectivity services that span multiple service-provider domains. That, in turn, requires the streamlining of commercial, business, and operational interactions, between service providers through automation. Parts of the service lifecycle—like product offering qualification, quoting, and ordering—that need to be automated in order to enable dynamic data on-demand services, require instantaneous access to commercial and business information about partner service providers.

The question then is: Where can continuously updated commercial and business information be securely stored with appropriate access permissions to control exposure of confidential data? One option is for a trusted third party to manage a database for service providers that they can access for instantaneous information relevant for the lifecycle of a new service. A more compelling approach being introduced today by service providers is to use Distributed Ledger Technology (DLT)—better known by the majority of the market as blockchain (for example, as used for Bitcoin and other cryptocurrencies).

DLT is essentially a secure but distributed ledger (think of it as a database) that is not owned or controlled by any single entity. Service providers can write information to the DLT and share it with trusted partners. DLTs are immutable so historical data can’t be changed and reliable audit trails can be inspected.

To gain further insight into DLTs, Daniel Bar-Lev, Director Office of the CTO, MEF, discussed the topic with Thomas Spencer, Business Development Director: Telecom Lead at R3. They discussed MEF 3.0 PoC (127) that uses Corda—an open-source DLT developed by R3—and the implications of DLT as exemplified by this PoC.

TS: R3 is an enterprise software firm that launched Corda as an open-source blockchain platform in 2016. We also offer Corda Enterprise, based on Corda, which is used extensively across banking, insurance, healthcare, energy and increasingly now in the telecoms sector.

DBL: What are the major advantages of Distributed Ledger Technology, or DLT, over a centralized database approach?

TS: DLT provides significant technical advantages over centralized databases because it alleviates the issues of having a single point of control or single point of failure. The nature of DLT means that non-trusting parties can be brought into consensus with one another about a set of shared data, facts, or logic. This has huge implications in the enterprise sector in which organizations are not just trying to operate more efficiently internally between their different (often non-trusting) business units, but also in which efficiency and optimization can be delivered across the entire industry. Corda is uniquely suited to this because of its ability to provide a secure and private DLT protocol.

TS: This PoC is a very good example of how DLT can be used to innovate in the telecom industry by enabling the development of new applications, supporting multiple operators, and doing business with one another in an automated and secure way. The PoC demonstrates both a novel solution for the telecom industry and a novel use of Corda.

DBL: What does the architecture of this solution look like?

TS: At a Corda platform level, in this PoC, there are two operators—PCCW Global and DCConnect. Each one hosts a software stack—a node—independently of the other. Each operator’s node can communicate with the node of the other operator and this can scale up with each participating operator. Uniquely for DLT, with Corda, when a node transacts with another node, that transaction is not broadcast across the entire network of participants. The data of the transaction is only shared on a need-to-know basis. This protocol ensures that transactions on Corda are private to those who take part in them. Consensus is achieved across a single Corda ledger, whilst all transactions are kept private on a bilateral level.

DBL: How far can this DLT approach scale?

TS: In the case of Corda, it is an optimally sharded ledger, which makes it especially suitable for telecom applications that need to scale to hundreds or even thousands of operators handling high volumes of transactions. Corda performance is not impacted by the number of users of the application and the point-to-point data sharing architecture is well suited to scale.

DBL: What is included in the software stack hosted by each operator?

TS: A combination of the specific application, which in this case is focused on continuous calculation of reputation, based on a specific performance characteristic, and a Corda node—either open-source or Corda enterprise, which provides enhanced performance and security.

TS: The application is licensed by the application vendor—in this case DCConnect—and the Corda software is available for free through open-source distribution or licensed from R3 for the Corda Enterprise edition. The data in the distributed ledger is effectively owned by the contributors of data to the ledger who want to use the service or services based on the ledger.

DBL: What services can run on Corda?

TS: The sky is the limit. Anyone can develop an application that is integrated with Corda to develop a ledger that supports one or more services. In this PoC, the service is the continuous calculation of, and providing access to, the score of how well each operator delivers a connectivity service within the timeframe it promised in previous quotes to buyers. However, we are seeing applications being developed on Corda by many different organizations—R3 has a partner network of over 300 firms developing applications on Corda, for many different use cases.

DBL: Is there a marketplace for Corda-based applications?

TS: Yes, https://www.r3.com/trust-technology/, although today it is primarily providing solutions for the financial sector that has been using Corda for several years already. We expect to see a growth in applications for the telecom industry, such as the example provided in this PoC.

DBL: In this case, the application presumably is going to reduce the need to settle disputes between operators in the case that a service wasn’t delivered as quickly as promised. I guess that it’s useful in direct proportion to the number of participating operators in the service. How do such services attract the initial commitment of operators to get the ball rolling?

TS: The early adopters might build up a history faster than later arrivals. The longer the history, the more reliable the score could appear to buyers using the service. Being an early adopter is a clear benefit, however small the initial level of participation, especially because it gives carriers the opportunity to feed into the product design and ensure that their requirements are being met.

DBL: Won’t operators be deterred by vendor lock-in especially on the DLT?

TS: We’re seeing extensive efforts now in the telecom industry to address this by providing a framework for interoperability, not only between applications, but also between applications and different DLTs, and we have released tools, like Corda Settler, which enable the integration of Corda with other ledgers, whether DLT or not like SWIFT. Corda is also available as an open-source project, so no user is locked into using R3 when they choose Corda as a DLT. There is also a growing ecosystem of vendors, ISVs and service providers, who are adopting and adding to Corda. So, there is an incredibly vibrant and deep ecosystem of Corda users for operators to work with. These will alleviate concerns about vendor lock-in in the medium-to-longer term. However, in the shorter term, it’s important for service providers to start using applications based on DLTs to develop automated commercial and business capabilities that can dramatically improve their ability to develop and offer new services.